In this article, you will learn and get code about copying the content of one file to another in C language. But before going through the program given below, let's first understand about the things that has to be done before performing the copy file operation in C.

Things to do before Program

Before going to the program, let's first do the following things: 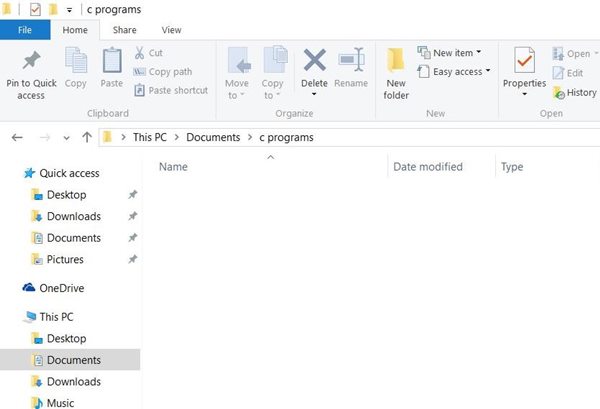 Because, this is newly created folder. So the folder is empty for now. But I'm going to put some files related to copy file programs

Now it's time to create a file named codes.txt with following content.

And create second file named cracker.txt without any content. Save both file in the same folder as shown in the snapshot given above, that is c programs folder. So the folder now looks like: 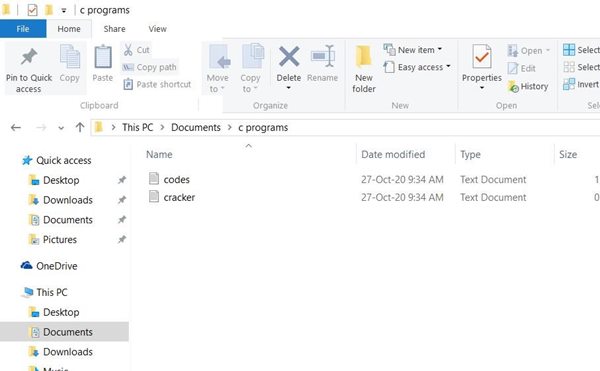 If you open both the file, then you will see some content present inside the first file codes.txt whereas the second file, cracker.txt is empty. Now let's move on to the program to copy the content of codes.txt file to cracker.txt file.

Program to Copy one File to Another in C

The question is, write a program in C that copy the content of one file to another file. The answer to this question is given below: 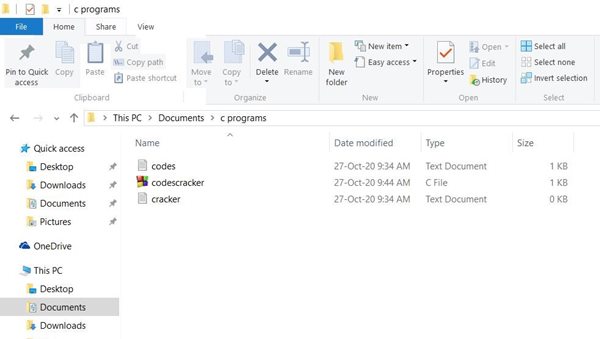 Now it's time to build and run the above program. Here is the sample run:

Here is final snapshot of the folder c programs: 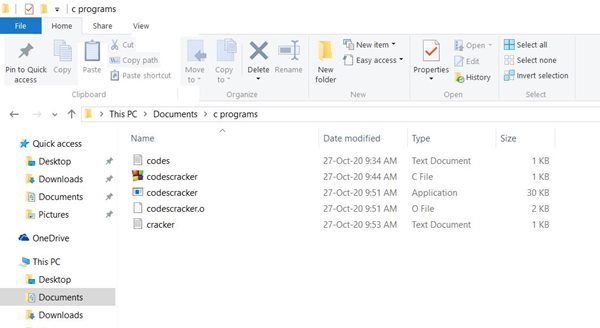 Now if you will open the file cracker.txt (created with empty content at early of this article), then you will see the content of codes.txt file gets copied into it. That's it. To learn more about file input and output operation in C, then refer to File Input/Output in C tutorial.