In this article, you will learn and get code about using one-dimensional (1D) array in a C program. For example,

The array arr[] is a one dimensional array of size 10. Because in array, indexing starts from 0, therefore all the 10 numbers gets stored in a way that:

The last number, 10 gets stored at arr[9]. Let's move on to the program of one-dimensional array given below.

One Dimensional Array Program in C

This program was build and run under Code::Blocks Here is the sample run: 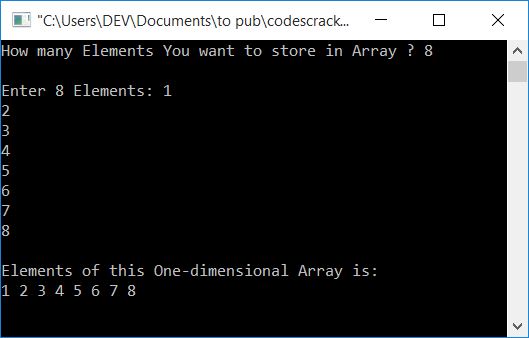 To learn about array in detail, then refer to Arrays in C tutorial. Let's take a look at some of the main steps used in above program.