Following python program will ask from the user to enter the value of two numbers to swap both the number.

Here is the sample run of the above python program to show how to swap two numbers in python: 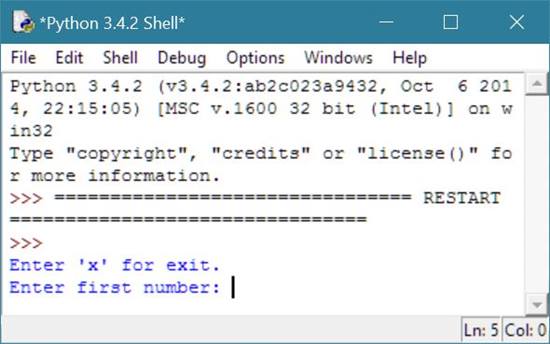 Above screenshot shows the initial sample output produced after running the above program. This will ask from user to enter any two number say 10 as first number and 20 as second number to swap this two number after pressing the enter key as shown in the below sample output or run: 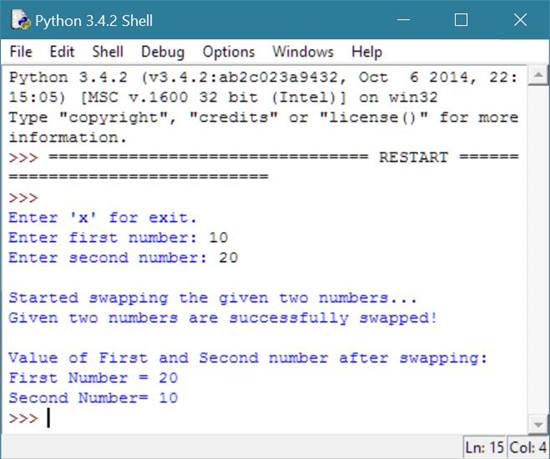 Here is the same program with run on python shell: 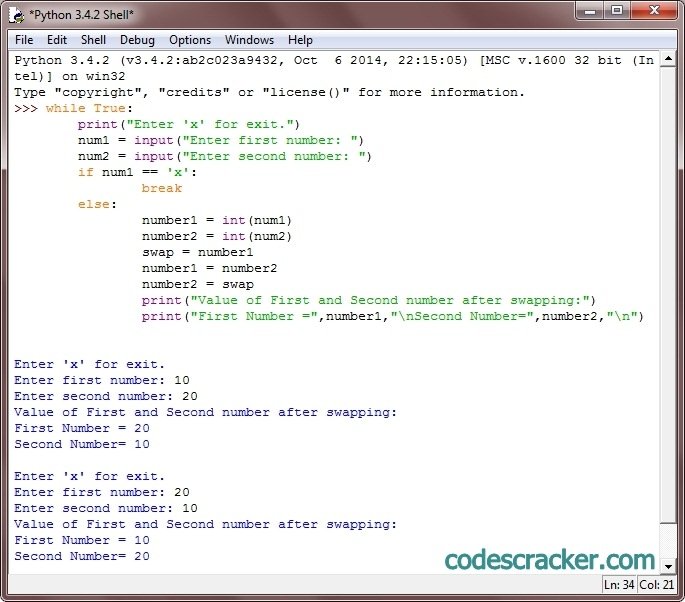