Python Program to Print Lines Containing Given String in File

Things to do Before Program

Because the program given below is used to list and print all lines that contains the string entered by user in a text file. Therefore a text file say codescracker.txt must be created and saved inside the current directory. So create a file with following content:

Save this file with name codescracker.txt in the folder where the python program to print lines containing given string in a text file is saved. Here is the snapshot that shows the content of newly created file:

Print Line that Contains Given String in a File

The question is, write a Python program to print lines that contains the string entered by user. The program given below is answer to this question: 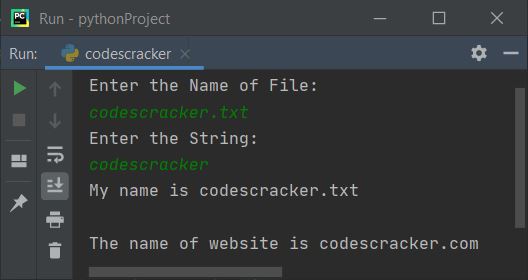 This program uses try-except, an exception handling code to handle the exception such as file doesn't exist, the directory is not accessible etc. like things. Let's have a look at the program and its sample run for clear understanding.

Here is its sample run with exactly same user input as of previous program's sample run: 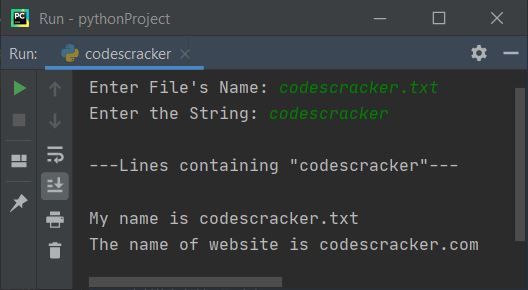 Here is another sample run with user input, codescracker.txt as file name, and what as string:

And here is the last sample run of this program, with user input temp.txt (a non existing file) as file name: