Remove Word from Sentence in Python

Following python program ask from the user to enter a string and a word to remove the word from the string and show/print the string without that word:

Here is the sample run of the above python program to illustrate how to remove word from sentence or string:

Below one is the inital output asking from user to enter any string to delete any particular word from it as shown here: 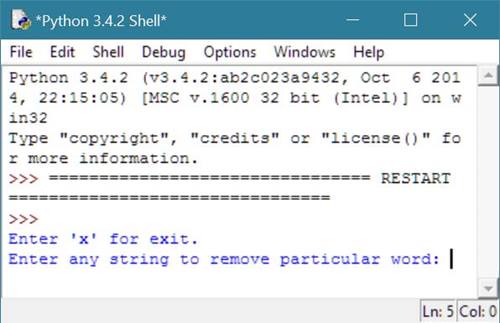 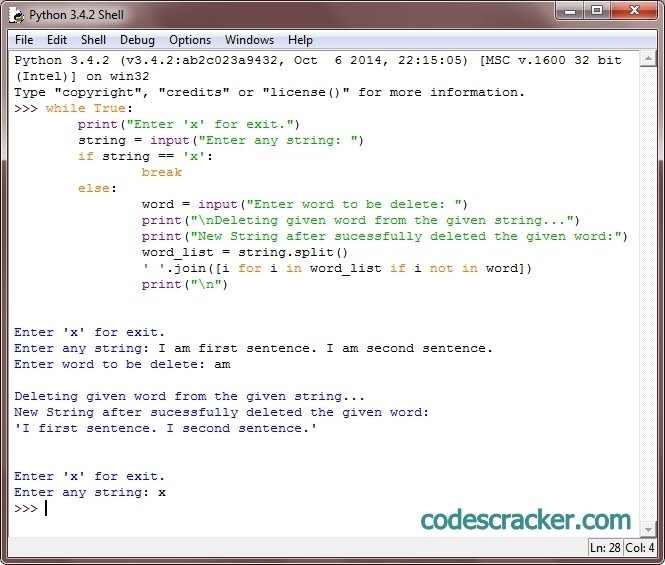