To merge two files in python, you have to ask from user to enter name of the first and second file, and then ask a file name to create a file to place the merged content of the two file into this newly created file.

And the file cracker.txt contains the following contents:

Now let's merge both the file into another new file named codescracker.txt as shown in below sample outputs:

Here is the sample run of the above python program to illustrates how to merge two files to store the content of these files into another file.

Now supply y and press enter key to see the merged content present inside the file codescracker.txt as shown here: 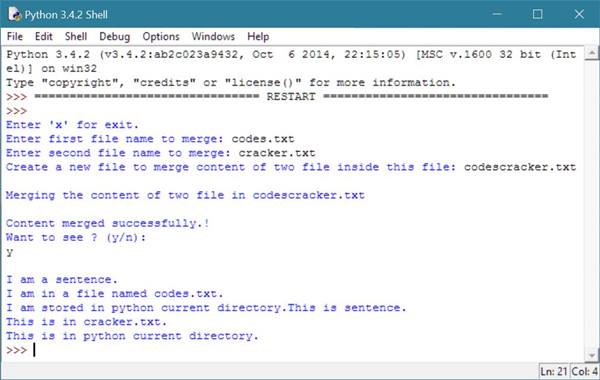