As we know that the Fibonacci series starts from 0 and 1, and after that, every next number is the summation of the last two number. Therefore to print fibonacci series in python, just print 0 and 1 if the given limit is greater than 2 and then apply the summation of the previous two numbers to print the next number as shown in the program given below.

Here is the sample run of the above python program to illustrates how to print Fibonacci series:

Below is the initial output asking to enter any number (that will be the limitation) of total fibonacci series to print: 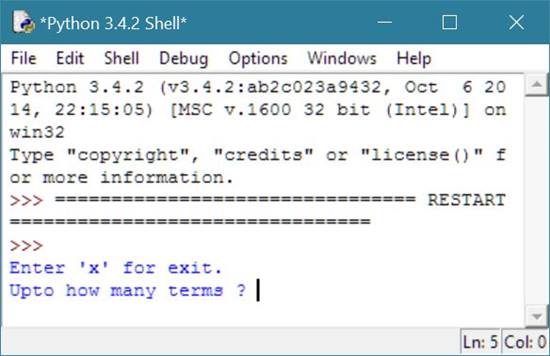 Now enter the term say 10 to print total 10 number in fibonacci series as shown in sample output given below: 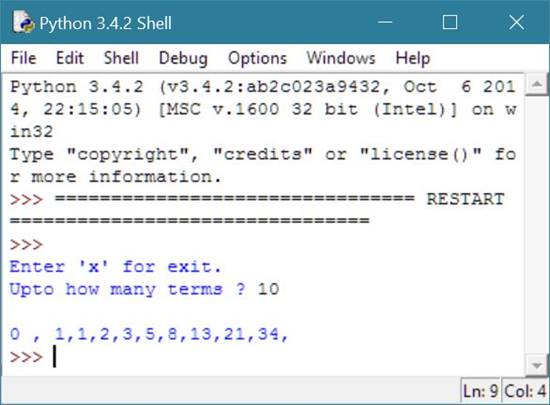 If user supplied a negative number and press enter then here is the sample output you will see: 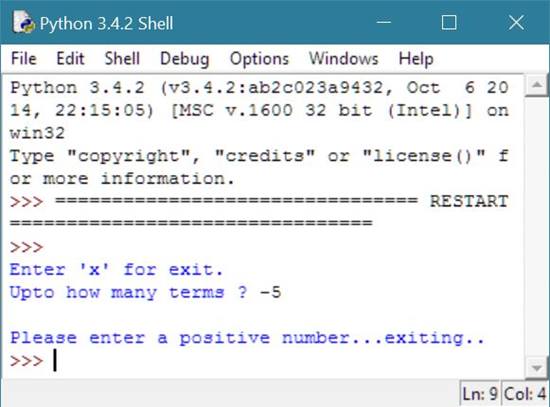 Below is the same program directly written and run on python shell: 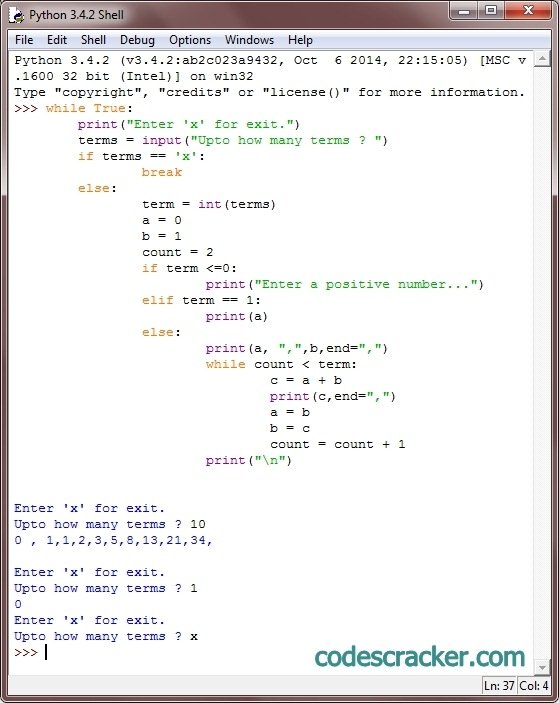