The for loop in PHP, is used when we need to execute some block of code, multiple times. For example: 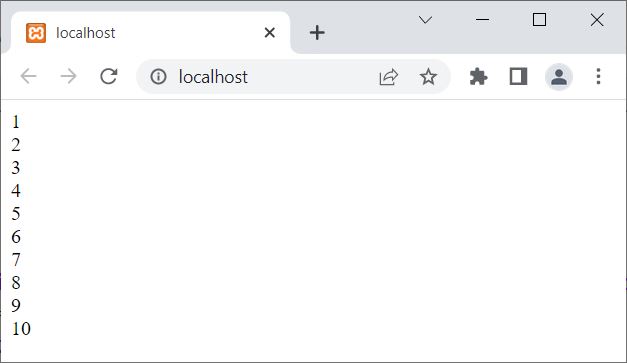 The above program can also be written as:

The syntax of for loop in PHP, is:

The execution of the for loop starts from initialize. This statement executed at start of the loop, and only executes at once. This is used to initialized the loop variable, for example: $x=1;

Before entering into the body of the loop, the condition; expression must be evaluated to be true.

If the condition; evaluates to be true, then block of code; will be executed.

After executing the block of code;, the program flow goes to update part of the loop, to update the loop variable.

This process continues, until the condition; evaluates to be false.

Now let me create an example of for loop along with its output and in-depth description:

The output produced by above PHP example on for loop, is shown in the snapshot given below: 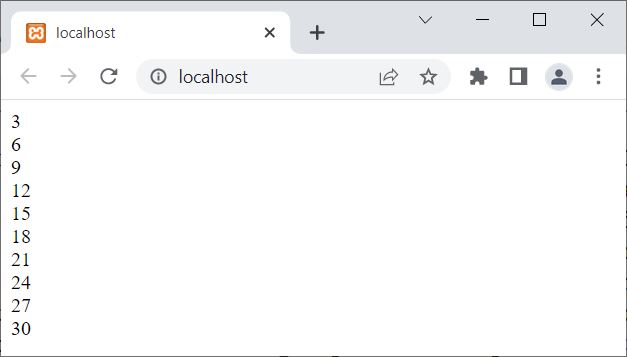 The dry run of above example is:

You can also use multiple initialize, update, and/or condition statements. For example, in the following example, I'm going to use two initialization codes for the initialize part of the loop:

The output of this example, is shown in the snapshot given below: 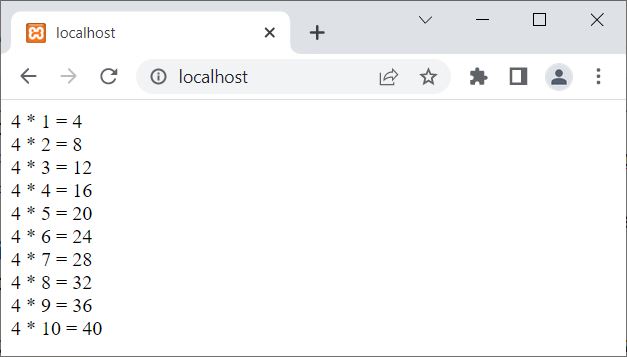