The PHP feof() function stands for file end-of-file, used to check whether the file pointer has been reached to the end of the file. For example:

The output produced by above PHP example, is:

Note - The fgets() used to read the content of a file, line-by-line.

Note - The fclose() closes a file.

The text, you are seeing as the output, is the same text, that are available in the file codescracker.txt. Here is the snapshot of the opened file, available in current directory: 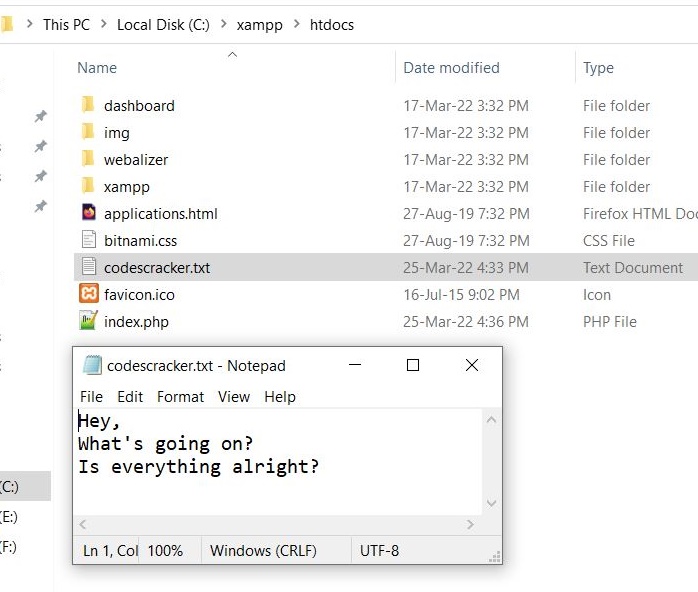 Note - The feof() function in PHP, is used to go through all the data using loop. This becomes useful, when you do not know the size of the file, but still have to read the whole content.

In above example, the following PHP code:

indicates that the loop continues its execution, until the file whose pointer is $fp reached to the end of the file.

The syntax of feof() function in PHP, is:

Note - The @ before the fopen() function, used to hide the default error message produced by the function, when the file does not exists.