CSS treats an HTML document as a hierarchical tree of elements, where each element can have zero or more child elements arranged in an ordered way. The topmost element of this tree is called as the root element or the parent element.

These elements display their content at a specific position, which is defined by using CSS properties.

CSS converts the data of HTML elements in the form rectangular boxes, by using a layout model, called the box model, to set the design and layout of HTML documents. This means that the box model determines how HTML`elements are displayed as boxes.

The box model allows placing a border around the elements and also provides space between elements.

Following figure shows the various areas and edges of a box: 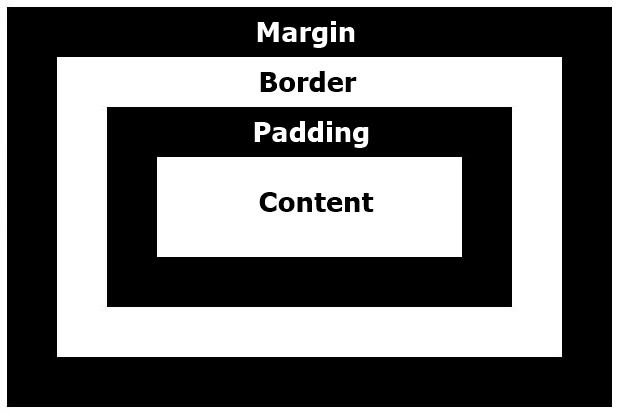 The table given below describes the area of the box model as shown in the above figure:

A box model includes the following types of boxes (describes in the table given here):

Note - A line box contains inline-level boxes, such as a line with words in different styles.

Let's explore various other aspects of the box model in the following sections:

Here is an example to understand about CSS box model:

Here is the sample output produced by the above CSS box model example code: 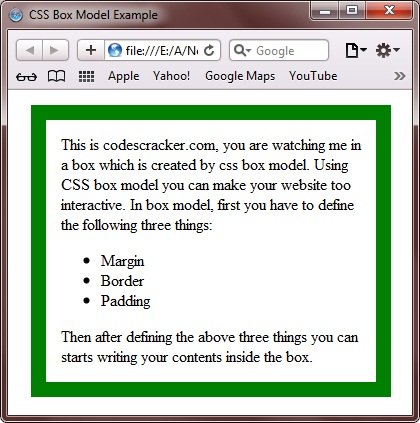