This post was written and distributed with the intention of elucidating the "Unicode characters," which constitute the subject that warrants the most attention when discussing computer programming languages.

Unicode is basically a universal character encoding standard that assigns a code to each and every character and symbol and is available in every language, such as English, French, Japanese, Hebrew, Russian, Mandarin, Spanish, Arabic, etc., all over the world.

Since most of the programs used in today's world are almost internationalized, the same program might produce error messages in other languages in other regions. For example, while designing the web and creating the content for the web, these languages can be used. And some of the websites also include some special characters and emoji symbols.

Let us explain Unicode in a nutshell.That being said, why do we need Unicode?
Unicode allows everyone to use their own language on a computer or phone. For instance, a character could say, I may be considered different characters in two languages. As a result, Unicode allows for the unique identification of each and every character from all languages around the world.

Note: Unicode assigns a code to every character all over the world. The code is an integer value. The range of the code is from 0 to 0x10FFFF. For example, the code point of a Latin small letter is 0061 or U+0061.

If you want to find out all the codes for all characters in all languages around the world, you can refer to the Character Map available on your computer system. Here is a snapshot of the opened character map: 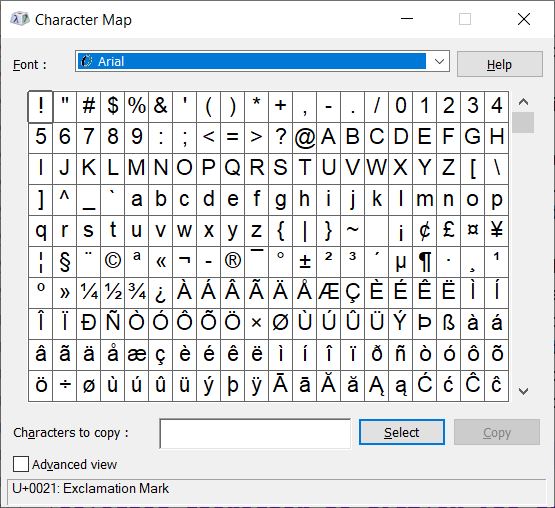 Now click on the character a to find its Unicode value. Here is the snapshot after clicking on the a to display its code:

You can see the arrow indicated at the bottom left. The code of the selected character is displayed there. If you want to change to the "Character Set." Then, click the "Advanced View" button, and then select "Character Set" from the drop-down menu. Here is the snapshot: 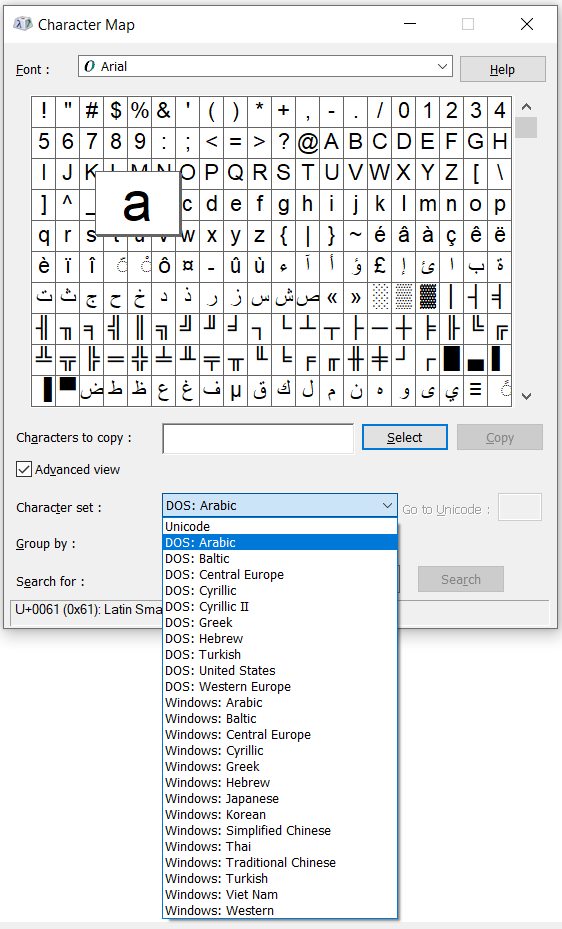 The table that follows provides a list of some of the more significant Unicode characters, along with a brief description of each character and its associated decimal value.