Syntax of close() Function to Close a File

The syntax of close() function to close a file in Python is:

where fh indicates to the file handler or file object. 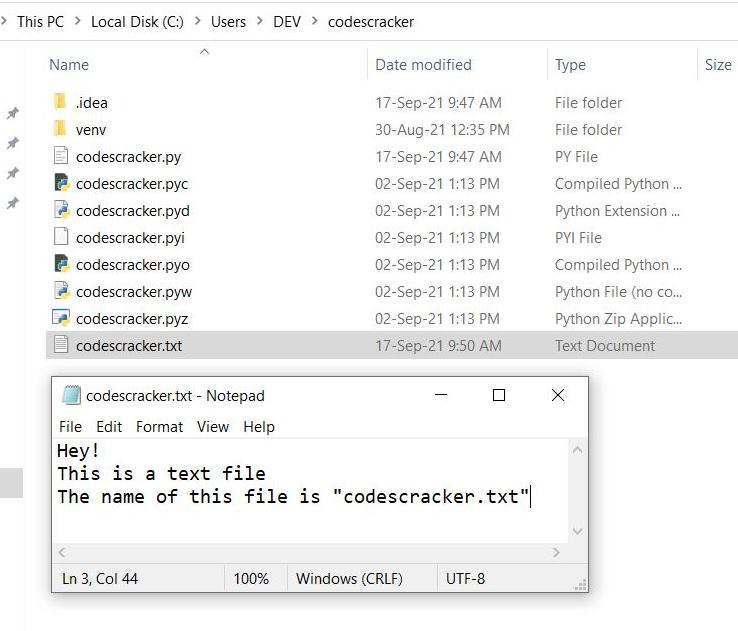 Now let's create a program, that uses this file to operate (read its content) and then close the file using close() function:

If you execute the above program, you'll see the following output produced by this program:

Now the question may arise in your mind is, what if we again use the fh object, after closing it using close() function ?
Let's find out its answer, using the program given below:

Here is the output produced by this program:

raises a ValueError after the file object fh being closed using close(). Let's create another program that shows, the efficient use of file handler, open() and close() function in Python:

Here is its sample run with user input codescracker.txt as file name, I'm the new content. as content: 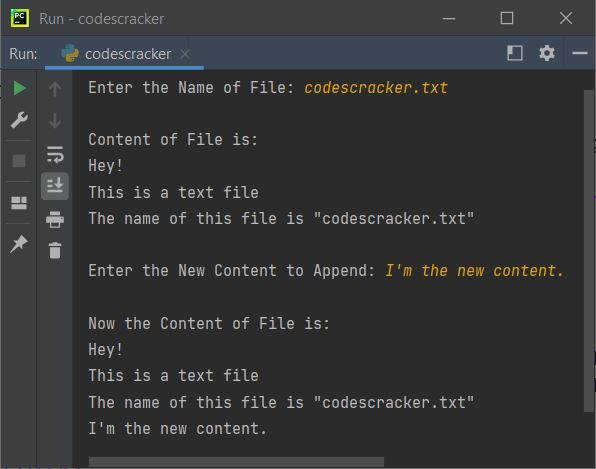 And here is another sample run with user input none.txt (a non-existing file), and I'm the content. as content: 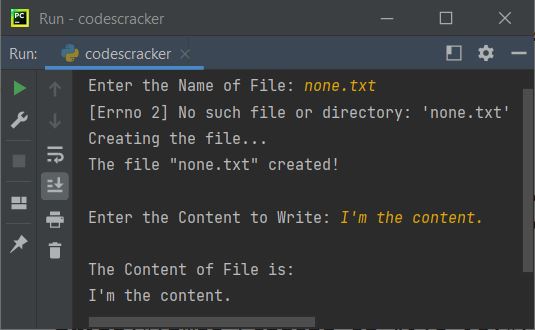 In above program, the statement:

is used to insert a newline before inserting or appending the new content. And the statement:

is used to place the file pointer at beginning of the file. So that, all the content gets read.