The as keyword in Python is used to provide aliases. Basically as keyword is used, most of the time to define a sub-name or user-defined name for any pre-defined name. For example:

Now the module operator is accessed using its duplicate name say op. That is, whenever in the program, you type op, means it represents to operator module. For example:

As you can see, the op variable referred to operator, therefore using the function add() of operator module, the addition of two numbers gets performed using op.add(). That is exactly equal to operator.add(). Here is the output produced by above program:

Contexts Where as Keyword Can Be Used

Here are the list of four contexts where the keyword as can be used to give aliases, normally.

Let's briefly explain these contexts along with example programs.

as Keyword To Give Alias For Module

The as keyword, most of the time, used to give alias or sub-name to the module. The program given below demonstrates this context.

For example, the program given below, gives the alias say r to random module.

produces a random number between 10 and 100. As you can see from the above program, the variable r after the statement:

is considered as random. Therefore, wherever we write r, means, we're writing random after the above statement.

as Keyword To Give Alias For Sub Module

In above program, the s inside the print() function, is basically sqrt function of math module. Here is the output, you'll see after executing the above code:

as Keyword To Give Alias For Resource

The as keyword along with with keyword, can be used to provide alias for the resource in a Python program. Let's see the syntax first, then will see the example: 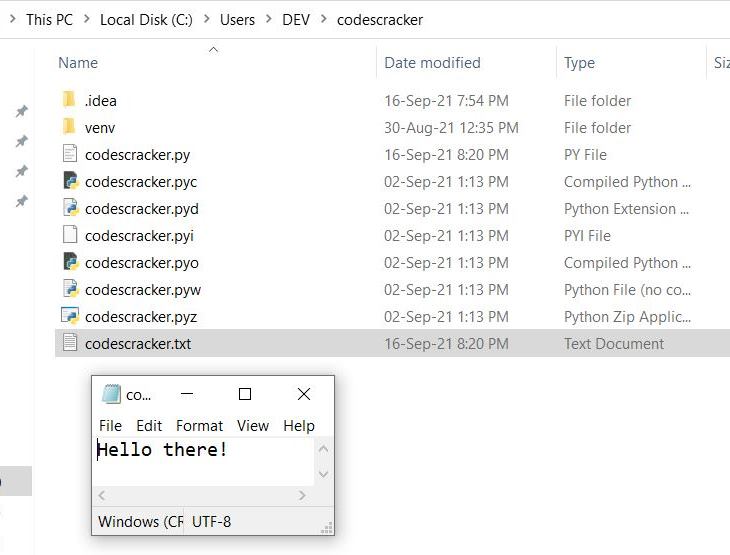 Note - If you're confusing on, how the print() statement writes content to file, instead of writing to output screen. Then refer to its separate tutorial.

The above program, can also be created in this way:

The actual task of this and the previous program, is exactly same.

as Keyword To Give Alias For Exception

Since there is no any module named maths available in Python. Therefore, here is the output produced by above program:

Note - The math module is available in Python, not maths.

Let's create another program, uses as keyword to give alias for the exception name say FileNotFoundError, in this case: