ASCII stands for American Standard Code for Information Interchange. It is a character encoding standard for electronic communication.

Print ASCII Value of a Character

This program receives a character as input from user at run-time, and prints its ASCII value.

Now supply the input say c as character to find and print its ASCII value as shown in the snapshot given below:

Print ASCII Values of All Characters

To print ASCII values of all characters in C++ programming, use a for loop to execute a block of code 255 times. That is, the loop variable i starts with 0 and ends with 255.

Print ch as character and the value of i as its ASCII value, each time while entering into the loop's body as shown in the program given below:

Here is its sample output. The snapshot given below shows small part of sample output produced by this program: 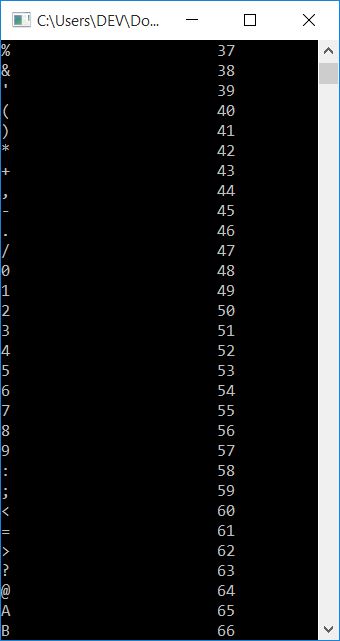 Print ASCII Value of All Characters in String

This is the last program on printing ASCII value. This program receives a string input from user, and prints ASCII value of each and every character of the given string.

Here is its sample run with user input, codescracker: 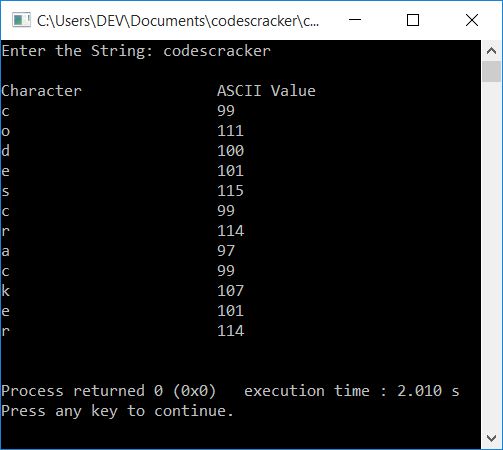 Here is another sample run with user input, codes cracker: 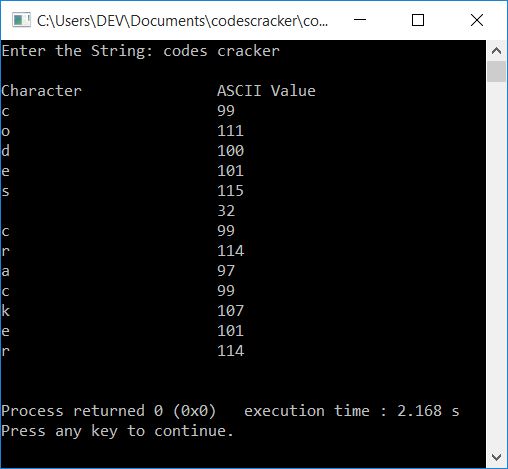