Here you will learn and get code on finding the average and percentage mark of a student based on the marks entered by user in C++. You will go through the following three programs over here:

How to Find Average Mark ?

How to Find Percentage Mark ?

Therefore, the percentage mark will be 44 percentage. Now let's move on to the program.

To calculate average and percentage marks (in 5 subjects) of a student in C++ programming, you have to ask from user to enter marks obtained in 5 subjects. 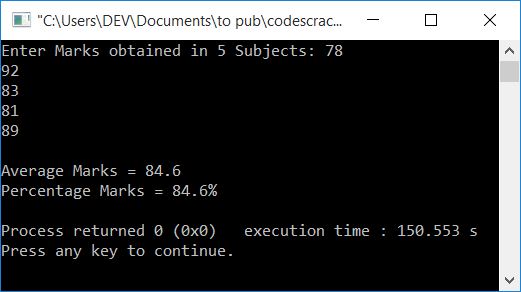 Here is its sample run, with user input:

Press ENTER key after supplying the inputs as given above, here is the output you will see: 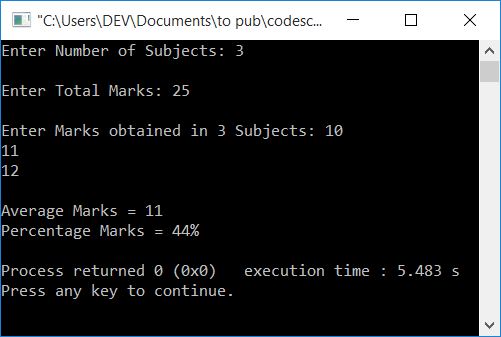 Now enter the number of subjects running in your institute for your course. For example, if you're studying a course that includes 6 subjects, then enter 6. Since, there are 6 subjects running to your course, therefore enter marks obtained in all the 6 subjects (out of 100 each) and press ENTER key to see the average and percentage marks as shown in the output given below: 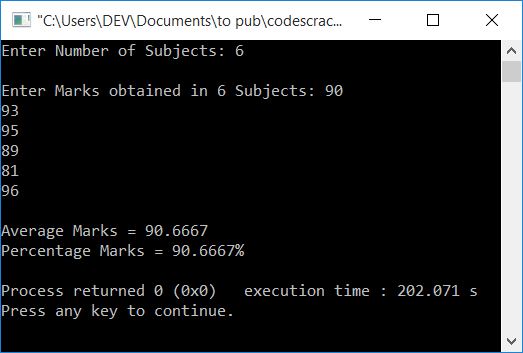