C++ for while do-while Loop

The iteration (for, while, and do-while loop) statements allows a set of instruction to be performed repeatedly until a certain condition is fulfilled. The iteration statements are also called loops or looping statements. C++ provides three kinds of loops :

Every loops has its elements that control and govern its execution. Generally, a loop has four elements that have different purposes. These elements are as :

Let's discuss these parts of a loop one by one.

The for loop is the easiest to understand of the C++ loops. All its loop-control elements are gathered in one place (on the top of the loop), while in the other loop construction of C++, they (top-control elements) are scattered about the program.

The general form (syntax) of the for loop statement is :

The following example program illustrates the use of for statement :

The following lines explain the working of the above given for loop program :

Note - Use for loop when you have to repeat a block of statements specific number of times.

Although any loop statement can be used to create an infinite loop (endless loop) yet for is traditionally used for this purpose. An infinite for loop can be created by omitting the test-expression as shown below :

Similarly, the following for loop is also an infinite loop :

Here is an example of infinite loop in C++

When the conditional expression is absent, it is assumed to be true. You may have an initialization and increment expression, but C++ programmers more commonly use the for(;;) construct to signify an infinite loop. If you try to run the above C++ program, then the output window will come out like this, printing continuously

After running this C++ program, output window will look like this, printing stars infinite times 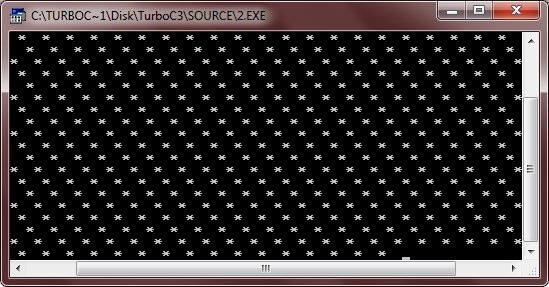 See, the body of the above for loop contains just (a null statement). It is an empty loop. An empty for loop has its applications in pointer manipulations where you need to increment or decrement pointer position without doing anything else.

Time delay loops are often used in programs. The following code shows how to create one by using for :

That means if you put a semicolon after for's parenthesis it repeats only for counting the control variable. And if put a block of statements after such a loop, then it is not part of for loop. For example, consider the following :

The semicolon after the for loop ends the loop there only. And then, the below i.e, is not body of the for loop.

The second loop available in C++ is the while loop. The while loop is an empty-controlled loop.

Following is the syntax of the while loop :

Following example program illustrates the working of a while loop :

When the above program compile and executed, it will produce the following output:

The above program inputs an integer num. Then as long as num is nonzero (according to while (num)) the loop-body iterates i.e., fact is multiplied with num and the result is stored back in fact, followed by the decrement of num. Again the test-expression (num) is evaluated : if it is true, the loop repeated otherwise terminated.

Unlike the for and while loops, the do-while is an exit-controlled loop i.e., it evaluates its test-expression at the bottom of the loop after executing its loop-body statements. This means that a do-while loop always executes at least once.

The syntax of the do-while loop is:

The braces { } are not necessary when the loop-body contains a single statement. The following do-while loop prints all upper-case letters :

The above code prints characters from 'A' onwards until the condition ch <= 'Z' becomes false.

The most common use of the do-while loop is in menu selection routine, where the menu is flashed at least once. Then depending upon the user's response it is either repeated or terminated.

The following example program is a menu selection program. Following program display a menu regarding rectangle operations and perform according to the user's response : 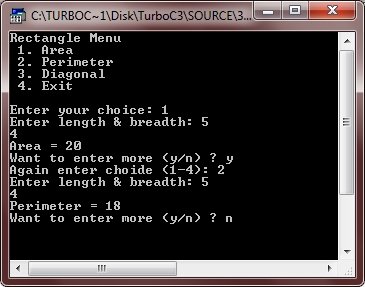 A loop may contain another loop in its body. This form of a loop is called nested loop. But in a nested loop, the inner loop must terminate before the outer loop. The following is an example of a nested loop.

When the above program is compile and executed it will produce the following output: 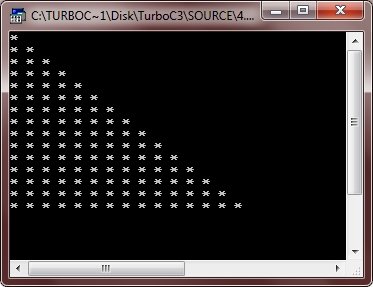 Here is one more program, demonstrating nested loop in C++ 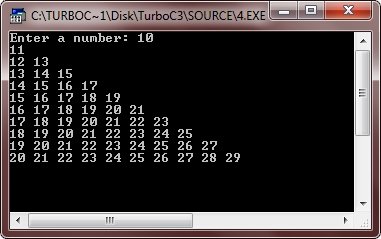 Here are some more examples listed, that you may like: