As you are aware, files are used to store information for the purpose of using it at a later time.

The computer system is capable of carrying out a wide variety of operations pertaining to files. The following is a list of some of the most frequent file operations:

Now let's talk briefly about all the most common operations that can be performed with files.

The creation of a file is accomplished through the use of the create operation. The creation of the file itself is the first step in the process of making one. There is no way to carry out any operation unless first a file is created.

The command can also be used to create a file. If you are using the "Windows" platform, you can use the command prompt to create files by using any of the following commands.

Don't worry; I'll include an example to help you understand how to create files using the command prompt practically. But before we get started, let's open the command prompt. To do so, press "WindowsKey+R" and then type "cmd" before pressing the "ENTER" key. The command prompt will be displayed as shown in the snapshot given below. 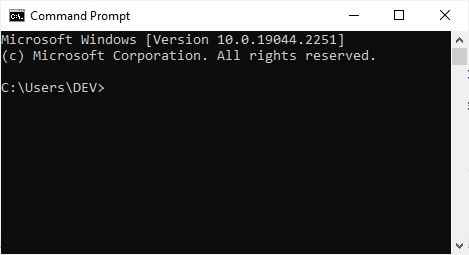 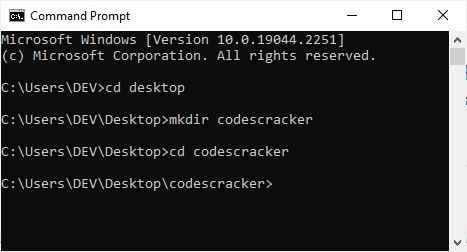 That is to say, the first command was:

to set the current working directory to "desktop". Then execute the command:

is used to create a new folder named "codescracker" on the desktop. And finally, the following command:

is used once more to change the current working directory to "codescracker," a newly created directory on my computer's "desktop." Now let's begin creating the files one by one using all three commands.

Use the "echo" command to create a file, say "one.txt," and save some text in it, such as "Hello there!" It takes the following general form:

To draw your attention, I highlighted the command. If you open the folder after running this command, you will see a newly created file "one.txt" with the written text inside. In my case, here is the result of running the command: 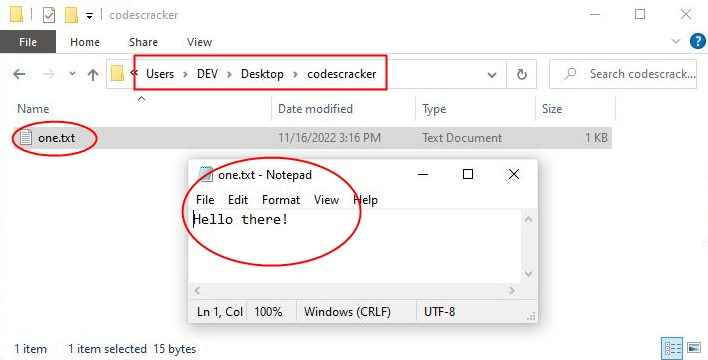 The "copy" command is equivalent to the "echo" command. The only difference is that we can keep adding content until we press the "Ctrl+Z" button. I must provide an example for your complete understanding. But, before we get to the example, let's look at the general syntax and brief description of the "copy con" command, which is used to create a file with some content. 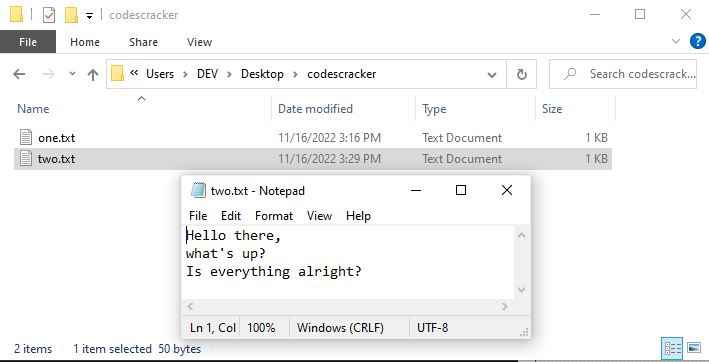 Another command that can be used to create a file is "notepad." This is a little different than the previous two commands. Soon you will get it. Let's first see the general form of the "notepad" command to create a file using the command prompt.

If you write the above command and hit the "ENTER" key, then you will see two windows appear on your system. The first one will be the confirmation window, which will ask you to click "Yes" to create the file, and the second will be the default editor of the file. Since "Notepad" is the default editor for all the files with the ".txt" extension, Therefore, in my case, the file "three.txt" opened on the notepad. Here is a snapshot of the confirmation box. 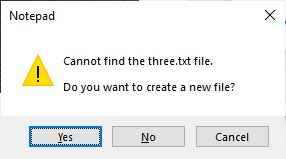 Since the second window, as already mentioned, will be the notepad, But until you chose "Yes" in the above confirmation box, the notepad opened with "Untitled." After you choose "Yes," the file "three.txt" will be opened in Notepad. Now either you can close the notepad to create an empty "three.txt" file or you can write something and then save. It is up to you.

The file is deleted using the file delete operation. To free up disc space, a file must be deleted when it is no longer required.

The file's final operation is to delete it. The file is no longer present after deletion.

To delete a file, just right-click on the file and then choose "Delete" and "Yes.". You can also use the "del" command to delete the file using the command prompt.

Because this "operating systems" course is intended for beginners. As a result, I won't go over each operation that can be performed on the file in detail. But, for your convenience, type "help" and press the "ENTER" key to see all the lists of commands that can be used to perform their specific task. Also use "help command_name" to get detailed information about that particular command. Below is a snapshot for your understanding. 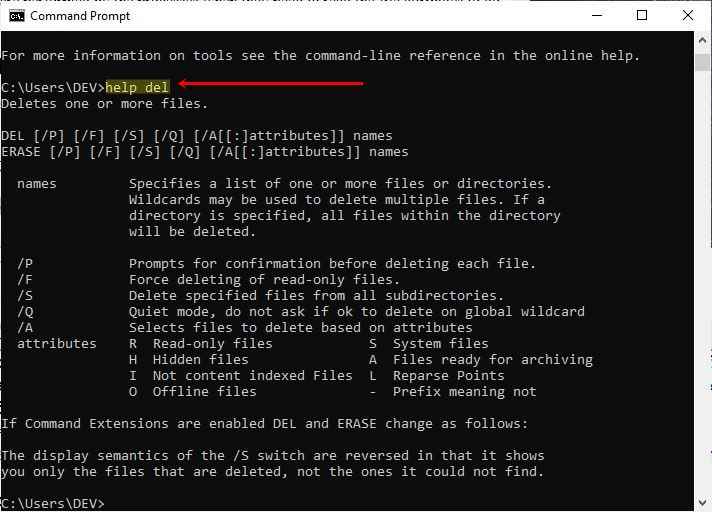 The file open operation is used to open the file. The file can be opened to read, modify, or for any other purpose. You can double-click on a file to open it.

The file must be closed to free up the internal table space when all the accesses are finished and the attributes and disc addresses are no longer needed.

The file read operation is only used to read the data stored in the specified file.

The file write operation is used to save data to a file, usually at the current position.

The file append operation is similar to the file write operation, except that it only adds data to the end of the file.

A method is required for random access files to specify where to take the data. As a result, the file seek operation handles this task.

The file get attributes operation is performed by processes when they need to read the file attributes in order to complete their tasks.

The file set attribute operation is used to set some of the attributes (user settable attributes) after the file has been created.

The file rename operation is used to change the name of an existing file.