You will learn how to connect two or more computers using the command prompt (cmd) in this article so that you can share data, participate in a game on a local area network (LAN), and do a great deal more using Wi-Fi.

In the modern world of computers, establishing a connection between two or more machines has become increasingly important. This can be done for a variety of reasons, including playing games with friends over a local area network (LAN) or sharing internet connections with those friends, among other things.

Create a Wi-Fi hotspot by using the cmd

Open the command prompt as an administrator in Windows 10

To open the command prompt as an administrator in Windows 10: press "Windows Key" and type "cmd." Here is the new outcome you will see after performing these two steps: 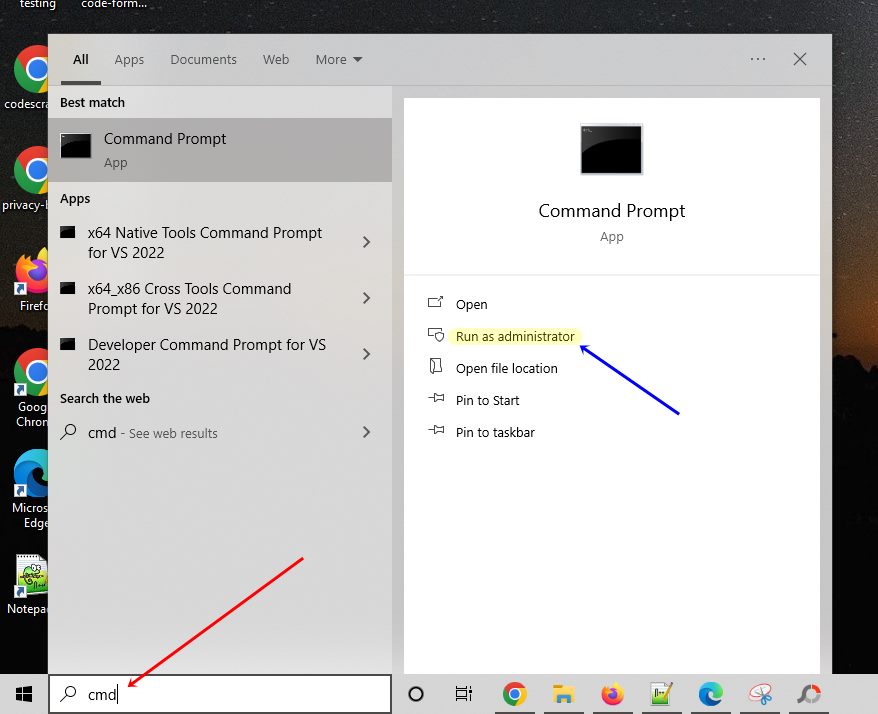 I used a red arrow to draw your attention to the "cmd" that I typed in my system, which causes the system to list the "command prompt" after searching the system for the text "cmd." Now you must click on the "Run as administrator" link, which I highlighted with a yellow marker and then drew your attention to with a blue arrow.

Now, let's return to the original topic, which is creating a Wi-Fi hotspot with the "cmd" command. I'm currently running Windows 7 and putting the command-line codes given in this article into practice. The above screenshot of Windows 10 was taken from another laptop that has Windows 10 as its operating system.

Regardless of the operating system you're using---Windows 10, Windows 7, or another---after clicking or selecting the "open as administrator" option, a new window with the confirmation box will most likely appear on your screen. On this confirmation box, you will see a message asking, "Do you want to allow this app to make changes to your device?" Selecting "Yes" from that box is what you need to do. Your "command prompt" window will now appear on your screen. Instead of a standard command prompt, you'll see "Administrator: Command Prompt." Here's a quick rundown:

The "color a" command turns the screen green, and the "cls" command clears the screen. You can experiment with different colors by using the commands "color b", "color c", and so on. Now let's come to the actual point. Type the following command at the command prompt:

Instead of codescracker, you can use your own SSID and key/password. Simply press the ENTER key after typing the above commands. You have now created a Wi-Fi hotspot; now you must start it, and your command prompt will look like this:

Simply type the following command into the command prompt to start hostednetwork:

Simply press the ENTER key after typing the above command into the command prompt. After pressing the ENTER key, you have created a Wi-Fi hotspot with cmd. You can now access your Network and Sharing Center. Your Wi-Fi Hotspot will be created as you can see. Here is a screenshot of the created Wi-Fi hotspot, namely codescracker: 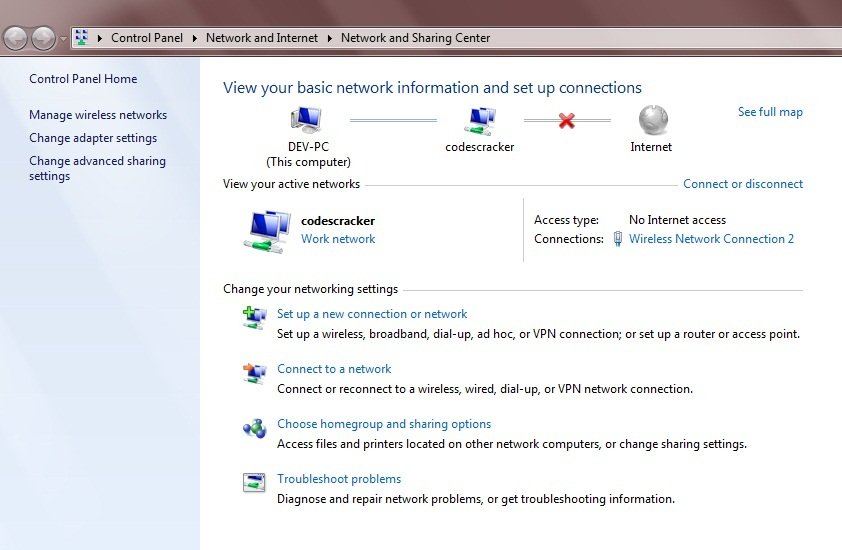 Tell your friend to connect with codescracker (password: codescracker), to play the game NFS, to share an internet connection via Wi-Fi, or to do anything else.

Here are some advantages to creating a Wi-Fi hotspot with command-line software to connect two or more computers:

Finally, as operating systems become more feature-rich by the day, I'm not sure if, in the future, you'll be able to use these features simply by interacting with your operating system via the UI (user interface) rather than coding or using the command line.