For Java programmer, it is very important to keep in mind about the following points.

In Java, an identifiers are used to name things, such as classes, variables, and methods.

An identifier may be any sequence of uppercase and lowercase letters, number or the underscore and dollar-sign characters. As you know, Java is case-sensitive, therefore, VALUE is a different identifier than Value.

Following are the rules to declare Identifiers in Java:

A line containing only whitespace, possibly with comment, is known as blank line, and Java compiler totally ignores it.

All characters available inside any comment are ignored by Java compiler. Her is an example. 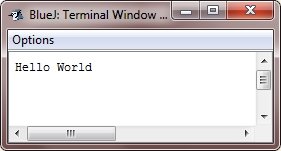