In C++, a variable is basically a named storage that our programs can manipulate. Each and every variable in C++ has particular type, determines the layout and size of the memory of the variable, and the value's range that can be stored within that memory.

Here is an example, uses many types of variables in C++: 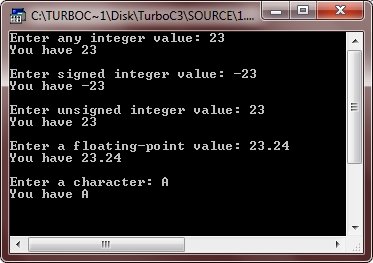 C++ also allows to define various other types of variables, which we will cover in subsequent chapters like pointers, arrays, references, structures, and class, etc.

Here are some more C++ programs listed, that you may like: