Statements are the instructions gives to the computer to perform any kind of action, be it data movements, be it making decisions or be it repeating actions. Statements from the smallest executable unit within C++ program.

Statements are terminated with a semicolon (;). The simplest statement is empty, or null statement. It takes the following form :

A null statement is useful in those instances where the syntax of the language requires the presence of a statement but where the logic of the program does not.

A compound statement in C++ is a sequence of statements enclosed by a pair of braces {}. For example, 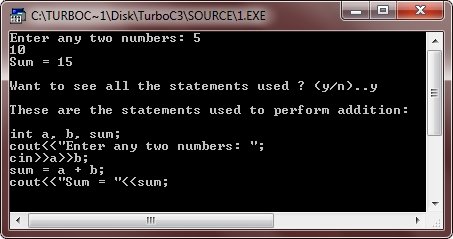 Below are some more C++ programs listed, that you may like: